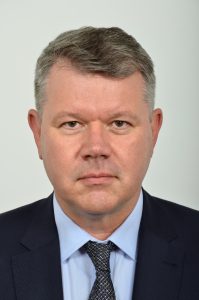 Toomas Tirs joined the Ministry of Foreign Affairs in 2007 as a Desk Officer for South Caucasus countries in the Political Department. In 2009, he was posted to Brussels where he worked for 4 years in the Permanent Representation of Estonia to the EU as a Desk Officer in Trade Policy and Transatlantic Relations. Toomas Tirs continued his service at the Ministry of Foreign Affairs in the Trade Policy and International Economic Organisations Division (2013-2014 and again in second half of 2015).

In 2018, Mr. Tirs was posted to Brussels where he was the Ambassador Extraordinary and Plenipotentiary of the Republic of Estonia to the Kingdom of Belgium and the Grand Duchy of Luxembourg, and as a Head of Administration at the Permanent Representation of Estonia to the EU.

Before joining public service, Toomas Tirs worked from 1995 until 1999 in the Estonian Telephone Company (now Telia Estonia) as Project Manager and Human Resources Director, 1999-2007 as a Consultant and Trainer in Goldratt Baltic, and also as a Lecturer of Project Management in Estonian Business School and IT College.

Ambassador Tirs presented his credentials to the President of the Republic of Kazakhstan on 8 September 2021.

He speaks fluently Estonian, English and Russian and in an intermediate level French, Latvian, and Finnish.